FAU Media, Technology, and Entertainment faculty and students have designed an immersive and interactive augmented reality tour experience of Reconstruction-era (1861-1900) narratives for Historic Mitchelville Freedom Park on Hilton Head Island, South Carolina. We used historical photography and period maps to visualize the Mitchelville structures and Gullah Geechee residents in the Unity and Unreal game engines. This project is funded by a Walter and Lalita Janke Emerging Technologies Fund seed grant, an NEH Digital Projects for the Public Discovery grant, and an Epic Games Megagrant.

We finished the preproduction design phase over the 2019-2020 academic year. The main deliverable for the “Discovery” phase of the project was a design document for the NEH, which can be viewed here as a PDF… >Mitchelville AR Tour Design Doc 2020<

Spring 2020 we used historical photography taken by Henry P Moore in 1862 of Mitchelville inhabitants and houses to create a 3D simulation of the town in the Unity game engine:

We have designed a multimodal production pipeline to distribute 3D scenes developed in a game engine (Unity and/or Unreal) to multiple XR platforms, including augmented reality (AR- below left) mobile devices and mixed reality (MR – below middle) headsets in the park, a downloadable app for virtual reality (VR below right) headsets, and a web site portal to a 360 interactive web experience (below next image).

The prototype will also include a web site that features portals to 360 web pages of our AR tour experiences, as well as additional educational content and mini-documentaries:

Here is a 360 web browser test of the Harriet Tubman animation set at the Prayer House in Mitchelville (left mouse click and drag to look around the 360 rendered scene):

Fall 2020 we started developing an AI 3D character design pipeline that uses Generative Adversarial Networks (GANs) and Neuro-evolutionary AI breeding tools to design realistic versions of historical characters, by inputting source photographs from the National Archives to learn features. Here are some examples of Harriet Tubman and Frederick Douglass that were done at Artbreeder.com:

Fall 2019 we started Mitchelville pre-production work in my Preproduction, Prototyping, and Previs (DIG 6546) MTEn grad course that is cross-listed with my undergrad Visual Design for Film, Animation, and Games (FIL 4703/DIG 4122C) course, with both grads and undergrads working together on visualizing several stories related to Mitchelville and Reconstruction in Beaufort County. Students created 3D models of historic personalities like Harriet Tubman, Robert Smalls, and Frederick Douglass, and contemporary Gullah-Geechee storytellers like Aunt Pearlie Sue as performed by Anita Singleton-Prather: 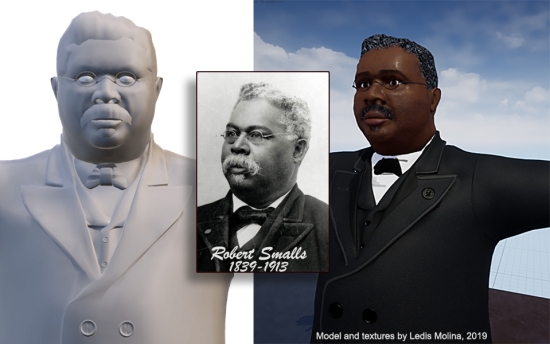 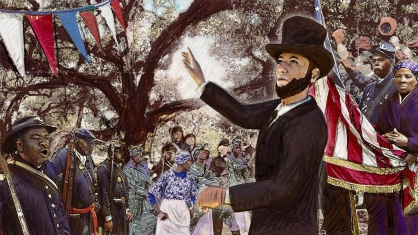 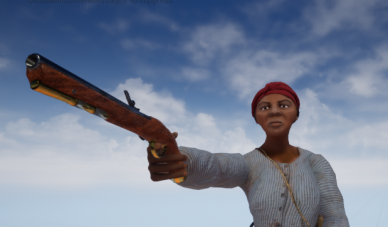 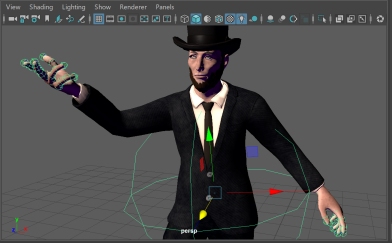 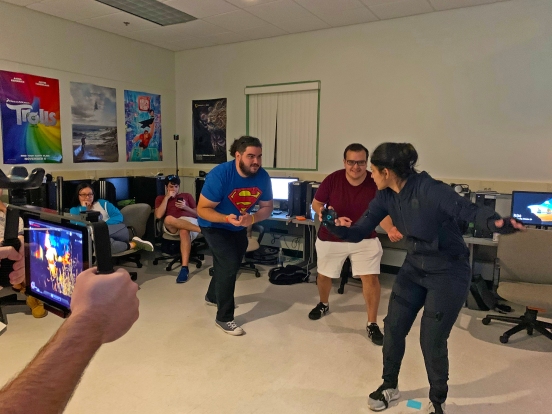 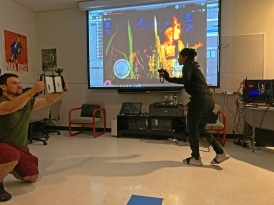 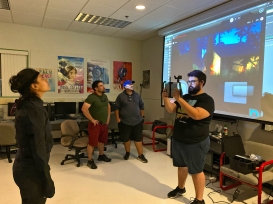